On Wednesday Dec.10 Kierken was a healthy little boy who came home from school with a little cough. He went to play with his best friends and you would’ve never guessed he was sick. Thursday morning he woke up with a fever of 101 and a barking cough, I instantly thought it was croup he had it before and it sounded exactly like before. We made him an appointment for 8:15 that morning. Kevin took him to the Dr and I went to work. They told Kevin it was croup and we had caught it early, they gave him a prescription of oral steroids and sent him home. I got home from work around 4:15 that evening, he was still coughing bad and I told Kevin maybe we should bring him back. Kierken ended up falling asleep and I decided to take a quick shower. 15 minutes later Kevin started yelling we needed to go because he wasn’t breathing right, he was rushed to the nearest hospital. After 2 hours of steroids and breathing treatments he wasn’t improving and was transferred to Arkansas Children’s Hospital where he was heavily sedated and put on a ventilator. Friday we found out he also had RSV. He was showing improvements all day until Friday night when his blood pressure dropped. After about 4 hours of trying everything they could think of nothing was working and he flatlined twice, thank God that were able to bring him back! He was then placed on a ECMO machine that controls his heart and lungs for him. Saturday morning Dr’s discovered he was also showing positive for strep a and it gotten into his bloodstream. That’s what was causing so many problems. He had gotten sick so quickly without any symptoms before Thursday. Saturday was a very rough day and by Saturday night his body wasn’t responding to the ECMO machine and we were informed they were going to have to preform open heart surgery and connect the ECMO directly to his heart. They explained this surgery was high risk for him to bleed out but we had no other choice he wasn’t going to make it without it. By the grace of God and power of prayers my sweet baby boy made it through the surgery, they said he responded much better than expected! Arkansas Children’s Hospital did things to save Kierken’s life that they had never done before! His Dr’s called all around the world to discuss different options on what to do for him! They never gave up!!! Through several complications Kierken ended up remaining on ECMO for 74 days, his chest stayed open for around 60 days, he was in the ICU for 151 days, in the hospital total 229 days. He has bounced back! He came home with a trach, on a ventilator, medication, and breathing treatments. But he came home, walking, talking, eating a normal diet, and only on the ventilator at night from 24hrs. Praise God! In less than a year he just keeps improving and healing! With talk about getting his trach out in the near future! Kierken is a fighter, a miracle, God is SO good!! 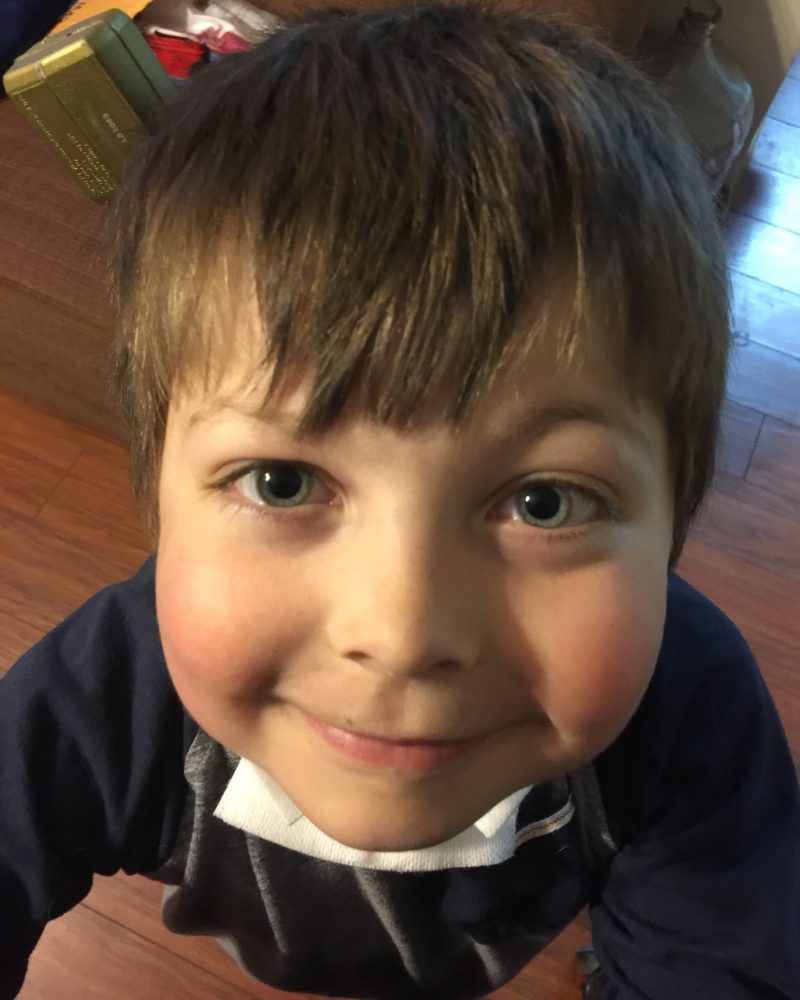 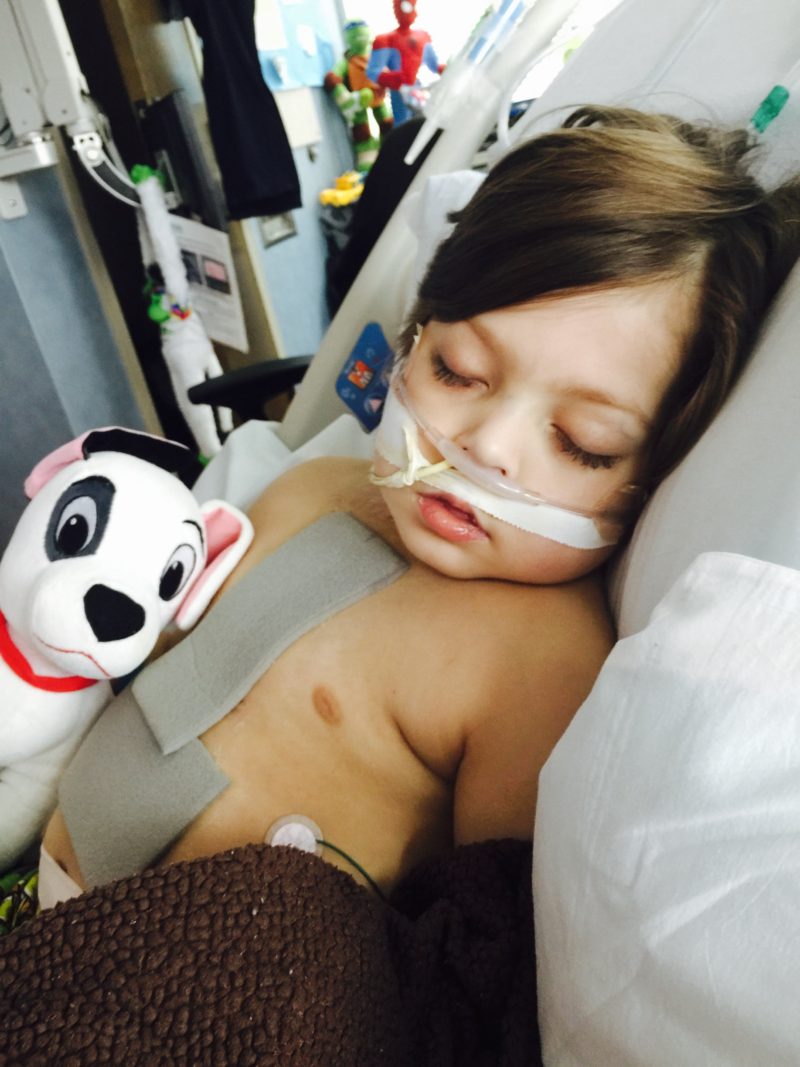 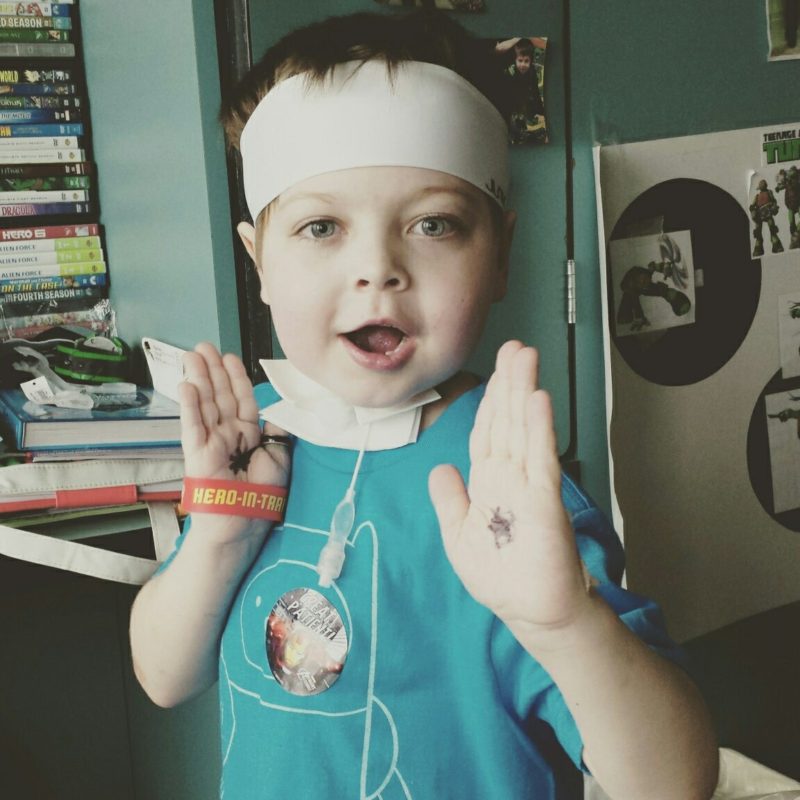